We have carefully resumed routine orthodontic care to serve you. Please see our safety procedures here and call us for your next visit. 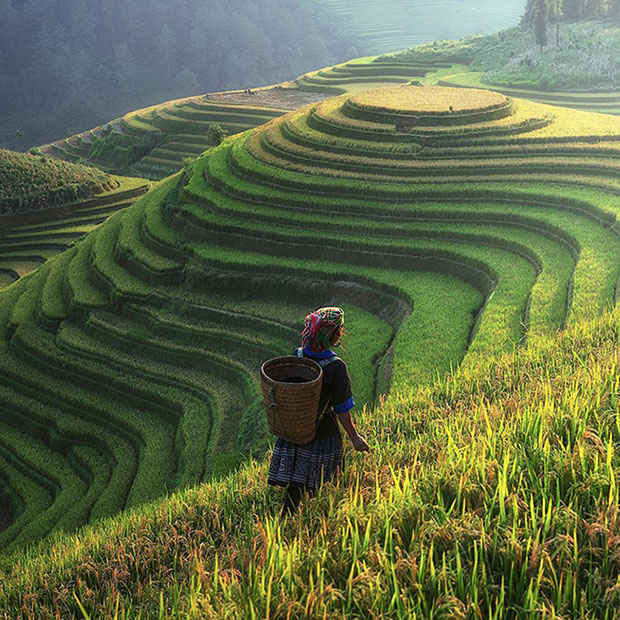 We tend to assume that people from earlier eras (especially the pre-industrial ones) must have had terrible dental health, but that’s not always true.

While we get to benefit from modern dental care, braces, and root canal therapy here in the 21st century, the ancient Native Americans did a pretty good job of taking care of their teeth. So did people in ancient China!

Perhaps the biggest thing ancient Native Americans had working in their teeth’s favor was their diet. The early Native American diet consisted of corn (maize), beans, squash, fish, game, and plenty of fresh fruit and nuts. That kind of high-fiber diet is great for dental health because the harmful bacteria in our mouths need sugar and starch to multiply. High-fiber foods actually help to scrub our teeth clean as we eat them!

Tooth decay and gum disease might have been uncommon for the early Native Americans, but they weren’t nonexistent. If you ever go check out the Manitou Cliff Dwellings by Colorado Springs, you can see the holes left by advanced gum disease in the jaw bones of some of the replica skulls.

Aside from diet, early Native Americans used chewsticks and chewed fresh herbs to keep their teeth clean and healthy. Chewsticks are twigs with one frayed end to chew and clean the teeth and one pointy end to use as a toothpick, and herbs like mint, cucacua, and sage were great for fresh breath.

Meanwhile, in China, some people had access to toothbrushes more like what we’re used to, made of animal bone and hair, and they made an early form of toothpaste by boiling honey locust fruit, ginger, foxglove, lotus leaves, and other herbs. The mixture helped reduce gum inflammation, ease toothaches, and remove stains. Having healthy teeth and fresh breath were important qualities — if a little harder to maintain than they are now.

The ancient Chinese were performing dental extractions and stabilizing teeth with wires as far back as 6,000 BC! They didn’t seem to be very interested in straightening teeth, but they were quite advanced when it came to treating endodontic problems.

Emperor Gaozu of the Tang Dynasty developed a toothache in 618 AD, and his tooth doctor recommended a dental filling made of melted silver and tin. It would have been a very painful procedure, but it was over a thousand years before European dentistry reached the same point!

In daily life, ancient Chinese people would maintain their oral hygiene by gargling tea or salt water, and it became common practice during the Tang dynasty to chew on a willow twig in the morning after soaking it in water overnight. The twig’s protruding fibers worked a lot like a toothbrush.

As fascinating as it is to look back on the dental health practices of ancient cultures, we recommend sticking to modern solutions, such as brushing twice a day with a soft-bristled toothbrush and fluoride toothpaste, flossing daily, cutting back on sugar consumption, and scheduling regular dental exams.

We leave you with a more recent relic of dental history:

Do you know any other ancient dental facts?

The content on this blog is not intended to be a substitute for professional medical advice, diagnosis, or treatment. Always seek the advice of qualified health providers with questions you may have regarding medical conditions.

You can schedule your next appointment with us online!